What are the differences between Prometheus and InfluxDB - use cases, challenges, advantages and how you should go about choosing the right tsdb 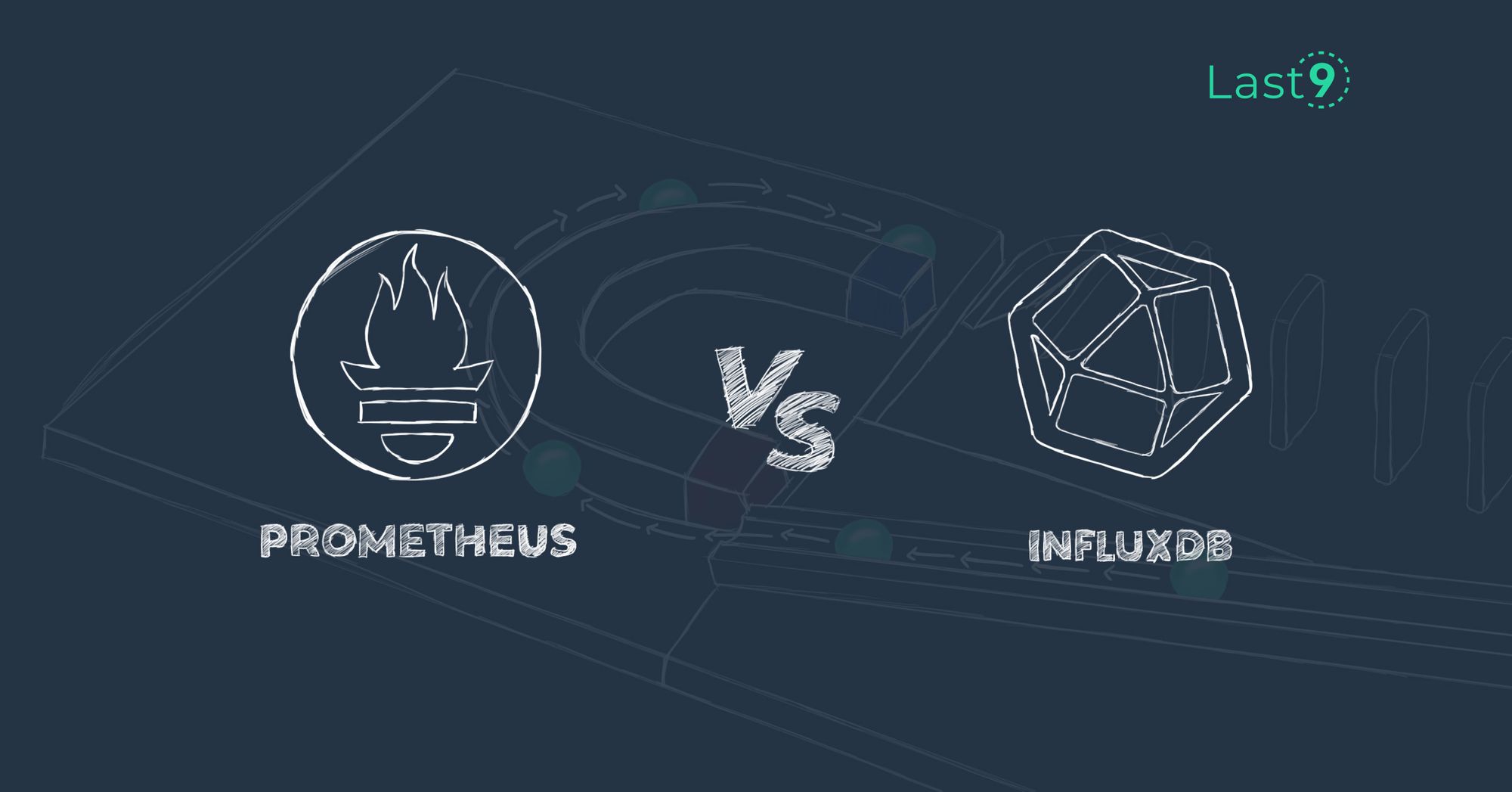 Metrics, logs, and traces are the supposed three core pillars of end-to-end observability. Despite being essential for acquiring complete visibility into cloud-native architectures, end-to-end observability is still out of reach for many DevOps and SRE teams. This is due to a variety of causes, all of which have tooling as their common denominator. This tooling difficulty needs to be solved for the log management market to actualise its predicted expansion from $1.9 billion in 2020 to $4.1 billion by 2026 as a result of the growing usage of hyperscale cloud providers and containerized microservices.

By fusing automation, observability, and intelligence into DevOps pipelines, log monitoring and management boosts the visibility of DevOps and SRE teams into the software and consequently raises the software's overall quality. While there are several ready-made options for log monitoring, Prometheus and InfluxDB are the market leaders. In this article, we delve deeply into a complex examination of these two popular monitoring solutions to uncover their distinctive use cases and frequent difficulties encountered by users.

There have been three significant revisions to the Prometheus time series database. The initial version of Prometheus stored all time series data and label metadata in LevelDB. By saving time series data for each individual time series and implementing delta-of-delta compression, V2 fixed a number of issues with V1. Write-ahead logging and improved data block compaction were added in V3 to make even more advancements.

The pros and cons of Prometheus

Prometheus' effectiveness in metrics and log management is demonstrated by its natural inclusion in the Kubernetes infrastructure for monitoring.

Despite its apparent effectiveness, Prometheus has the following drawbacks:

Prometheus has no Long Term Storage (LTS) — it is not designed to be scaled horizontally. This is a significant negative, particularly for the majority of large-scale enterprise environments.

Your clusters are subsequently upscaled and your services have an increasing number of replicas as the number of services in your Kubernetes containers grows and metrics usage increases. Therefore, in order to ensure your containers are running efficiently, you need to monitor and manage more logs in your clusters. Sadly, this escalated usage wears down your Prometheus servers.

The quantity of time series stored in Prometheus closely relates to memory use, and as the number of time series increases, OOM kills begin to occur. Although increasing resource quota limitations is beneficial in the short run, it is ineffective long term because no pod can expand above the memory capacity of a node at some point.

There are workarounds for this problem.  Sharding various metrics across several Prometheus servers using different third-party LTS solutions like Thanox or Cortex. However, these only make the already complex cluster more complex. Especially if you have a large number of metrics. In the end, this makes troubleshooting challenging.

All metric endpoints must be reachable by the Prometheus poller in order to comply with the pull-based approach used by Prometheus. Inferring that a more complex secure network configuration is necessary, the existing complex infrastructure becomes even more complicated.

Some database functions like stored procedures, query compilation, and concurrency control required for seamless monitoring and metric aggregation are not supported by Prometheus.

Influx DB is an open-source time series database written in the Go language. It can store data ranging from hundreds of thousands of points per second. InfluxDB has gone through four key revisions — from version 0.9.0 which featured a LevelDB-based LSMTree scheme, to the now-updated version 1.3 features a WAL + TSM file + TSI file-based scheme.

Head-to-Head comparison between Prometheus vs InfluxDB

1. Data Collection
InfluxDB is a push-based system. It requires an application to actively push data into InfluxDB. Three parameters — view organization, view buckets, and view authentication token — are crucial when writing data into the InfluxDB system.

On the other side, Prometheus is a pull-based system. Prometheus periodically fetches the metrics that an application publishes at a certain endpoint. Prometheus then uses a pull mechanism to gather these metrics from the specified target. Here, the target could be a SQL Server, API server, etc.

2. Compression
Both Prometheus and InfluxDB compress timestamps using the delta-of-delta compression algorithm; similar to the one used by Facebook's Gorilla time-series database.

4. Data Model
Prometheus stores data as time series. A time series is defined by a metric and a set of key-value labels. Prometheus supports the following data types: Counter, Gauge, Histogram, and Summary.

Indices and metric values are stored in a monolithic data storage by InfluxDB using a trident solution, consisting of the WAL, TSM, and TSI files. Series key data and time series data are kept distinct in InfluxDB and written into various WALs. This is how data is stored:

Despite the fact that both Prometheus and InfluxDB use key/value data stores, the ways in which these are implemented vary greatly between the two platforms. While InfluxDB stores both indices and metrics in the same file, Prometheus uses LevelDB for its indices and each metric is stored in its own file.

7. Scaling
There is no need to worry about scaling the nodes independently because InfluxDB's nodes are connected. Due to the independence of Prometheus' nodes, independent scalability is required. This raises a problem that has already been mentioned as one of the main issues with Prometheus.

How is Last9 different?

With Levitate, you can cut your storage expenditures in half thanks to its pay-as-you-go pricing. With its ability to process queries at any cardinality, and handle massive scales of data, Levitate can also give you insights into which metrics aren't being used. Scaling, deduplication and duplication, or multiple Prometheus instances are not issues as you can alter one or more remote-write endpoints of your TSDBs.